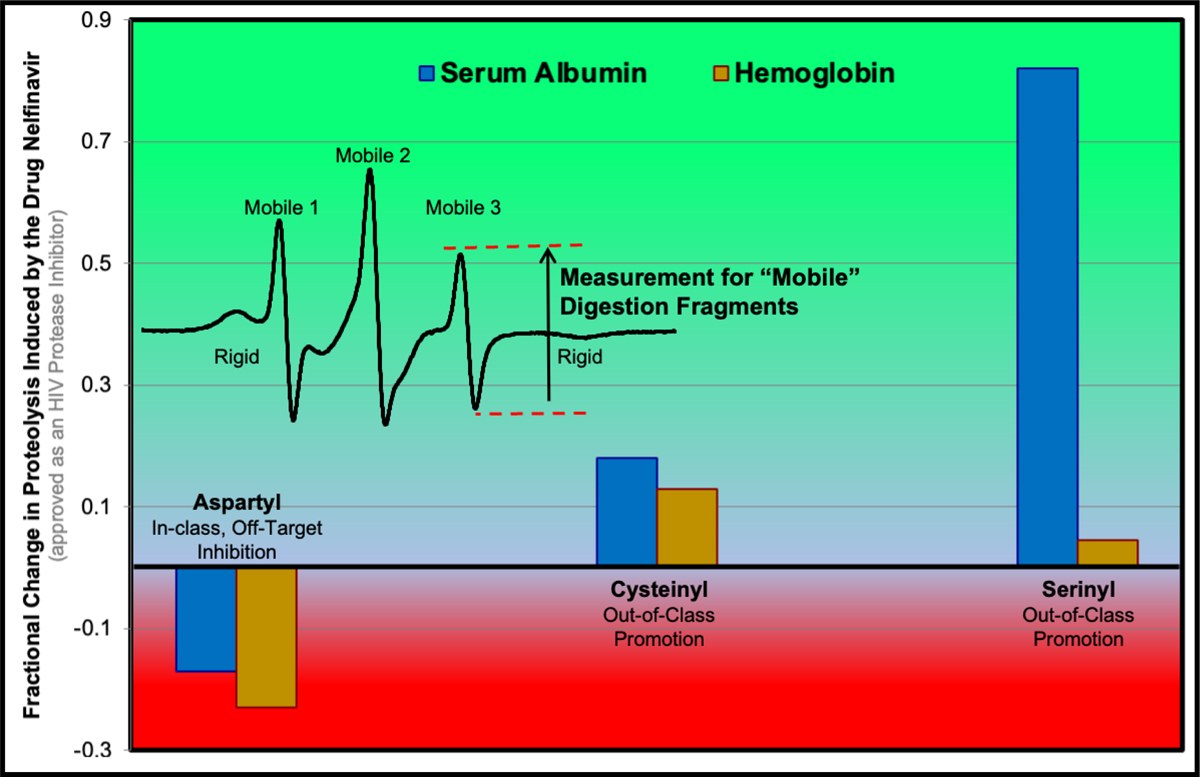 The effect of the drug, Nelfinavir, an approved HIV protease inhibitor, is shown for three different classes of proteases and two, whole-protein substrates. The inset ESRSL spectrum reflects both digested and undigested protein, with the sharp lines reflective of low molecular weight or “Mobile” fragments released by digestion of the whole protein. Presented are the fractional changes relative to the no – Nelfinavir control in the “Mobile” population following a 40-min digestion. The drug inhibits the proteolytic activity of pepsin, an aspartyl protease, in-class with HIV protease. In contrast, Nelfinavir promotes proteolysis by cysteinyl (papain) and serinyl (trypsin) proteases. The promotion effect is most pronounced for the whole-protein substrate, serum albumin.

Data correspond to usage on the plateform after 2015. The current usage metrics is available 48-96 hours after online publication and is updated daily on week days.

Initial download of the metrics may take a while.